Elena Brower once said to me the best teachers especially yoga teachers are those who have at one or many points in their life struggled. I wondered if that might be true so I started to check out some people - friends, leaders, other teachers….. The surface level might not show the struggle but dig a little deeper and eye shall find! 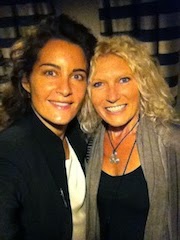 Many people look at me now and comment on how radiant I look, presume that it has always been so, check out the Facebook page and see the different places I head to and the incredible luck of a lifestyle I have and leap to their own conclusions. That's fine I don't mind. But life has not always been like that and ups and downs, struggles and battles I have had and still work on daily…

When I was little I always dreamt about being a dancer, ballet maybe, but light on my feet, beautiful watch moving gracefully around a stage or just a garden. I remember being a clown in ballet class because I wasn't really like the other girls - about three times bigger, wider, taller than the other girls of my age. So I made them laugh.  I also remember my Mum making me a tutu for a watering can fairy performance on May Day at Ragley Hall in the UK and honestly the tutu was simply massive compared to the other girls. I felt clumsy and enormous even at the age of 5.  And yet only months later the tutu was already too small.

I wasn't what they might call now obese but I was large. I used to look at my thighs and think they looked like huge whole chickens. At 10 a girl at school called me a fat cow and I would love to say I had the confidence that I do now to come back with a clever quip but no, I internalised it all for years. Things did not improve as I got into my teens. Luckily the 80's fashion was leggings and big shirts - my shirts were massive! I couldn't fit into jeans and went crawling up to a size 16-18

My body did not resemble me at all. Inside the ballet dancer swept gracefully full of feminine charm but outside I was clumsy and just made people laugh. At the age of 16 in a huge sized bathing costume that was cutting into my thighs on holiday in northern Africa with the family I decided I had to change. So with my Mum I went on a controlled diet and yes started to loose weight. It took time but the weight came off …. my Granny gave me some money when I got down to a reasonable weight to "go and buy some jeans" and I remember how pleased I was when I came out with my pépé jeans bag. My first pair in years having been restricted to M&S boys jeans for a while and then well leggings.

I found it a struggle to cope with the attention from the boys around me but that became less of an issue then the yo yo dieting that then took hold of me. I left home and had no parental influence and I took control - badly. A terribly relationship for a number of years just made matters worse - I did not know who to be, how to be, how to stop putting weight on, loosing it. With an addictive personality binge drinking then massive guilt trips were the norm and so was the eating disorder in my life.

Fasting for days living on an apple or two then binge eating often with drink too then vomiting it all up became a regular routine. At my skinniest I was around 7 stone 10 but it never lasted long. I moved to London and things continued along the same lines although I managed to stabilise things a little by joining a gym and a running club where I could at least throw myself into sport to shake of the kilos. Although that in itself became addictive.

I was in a massively masculine industry sales and IT at a time when the no pan no gain attitude was rife …. things were not improving. I just kept shutting the doors that needed opening. Partying and working hard to hide the pain, burying my femininity in drinking with the lads, flashy cars etc…. A London lifestyle

My boyfriend left me for a friend and after a healthy dose of partying I decided things had to change. I started to practice yoga….. It was the mid 1990s amidst a haze of career, ambition and living/working/partying hard and yoga found me.  Blocked in a masculine world fighting to be an equal and never achieving my very high goals. I found myself in an Ashtanga session one Sunday afternoon in a crowed chic gym surrounded by people in the know I left dripping wet, exhausted and intrigued.

The journey had begun. After years of body issues, dieting, body-loathing, addictions, over exercises, guilt-tripping I slowly began practicing the odd Sun Salutation.  A little breathing and meditation here, a change in attitude there….  to appreciate the subtle changes that started to happen in my life.  I met my ski instructor husband which lead to a move to Val d'Isère, I settled into to life in a ski resort, started teaching, started living and moving differently.

My skin looked better, my tummy bloated and cramped less, I started to let go of what I thought I should be and started to be who I wanted to be. Facing demons, allowing changes to happen, being afraid but doing it anyway – what had made me be this person…. Yoga? Surely not. But my practice continued, developed, flourished until I found myself on a hospital bed with trainee doctors saying its Crohn’s disease, the appendix, we need to operate…. Stop something radical had to happen.

The good parts of life were filtering slowly in but persisting down a career path with no soul was not helping. The tummy specialist said to me that things had to change as he took the growths out of my intestines.

So I quit…. Quite simple quit a hugely well paid job and left for an ashram and dived deeply into fear and challenge. I started to eat better, practice more, be happier, enjoy where I lived, what I was doing.

Bit by bit I found out who I was, I liked who I was, I started to even like my body and stop dieting in faddish stints. In 2004 I discovered Shiva Rea and the Prana Flow tribe and boy was that a revelation. Suddenly it was ok to feel feminine to be in touch with your body, your sexual desires, the spontaneous energy of tantra…. Two pregnancies helped with the battle of body image although I found it tough to distinguish fat from being pregnant! but the main message?…..

My life was changing!  and for the better!

My friend Lisa Hall died in November 2012 and I still miss her daily. She taught me to always believe there was a way, always keep your nails nice and ALWAYS Charlotte wear a nice bra and pants that match not for anyone else but you! Her death was a springboard for me to look at myself and my life. Sadly possibly for my ex husband it meant that our couple stopped being that and we separated but we are the absolute best of friends and he is one of the most amazing people I know - although he doesn't think or know it.

My life is still full of challenge some good, some bad.

When I had my second daughter I had a terrible birth at the end with pre-eclamcia and then a haemorrhage. I was rushed for surgery and en route had an incredibly beautiful vision of angles just like the cover of One Hundred Thousand Angels by Bliss - it was so peaceful but I knew it was not my time. It couldn't be.

I left hospital with a huge tummy and a tiny baby but we were alive and both of us fighters. We are both fit and well today…. but a third of my hair fell out whilst breast feeding and the post birth trauma frightened my hair into coming back grey so after a period of "natural" highlights I went back to being blond. Hence the shift in hair which so much more resembles me now. Life chucks stuff at you sometimes you duck sometimes it hits you in the face. You just have to decide which was you are going to turn, move, come back to or from.

Do I still look in the mirror every morning to check out the "fat" stakes - yes, but I care less! Life is for living and to the full. Its a beautiful roller coaster of ups and downs, love, death, life, joy and pain often in equal measure.

My hair (the colour might be "helped" but the condition is good), skin, eyes, body have all responded to this shift in attitude. Do I rayon now? Maybe I don't know its just what I am told but I do work at letting go and enjoying life and all that it contains ALL THE TIME.


And the ballet dancer - well she still lives inside my head and nowhere else but Granny you would be proud of my high heel collection, I have plenty of floaty dresses and Lisa, you will be pleased to know I have a very healthy collection of fab underwear that I wear for me every day!! 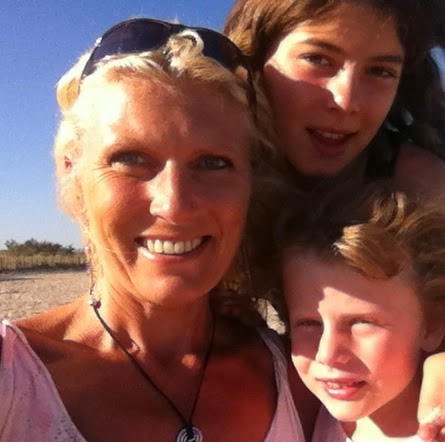 Me and my beautiful girls Mélodie & Clémentine 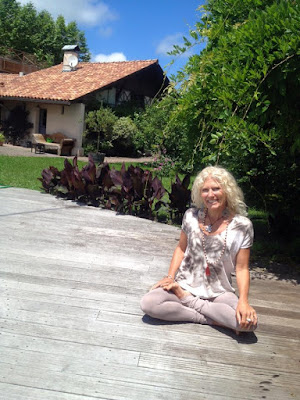 Body Confident - not an easy task!  I used to associate being happy with having the perfect slim body but like many I did not fit into that mould. I was a large baby, child & teenager with a large mouth to boot! Being happy and confident with my body has not been an easy path. In fact it has been a veritable journey that really only started to find its “confident” conclusion very recently. As I have mentioned before in my blog text from ballet dancer (in my dreams) to Yogini my path to find my femininity has not been an easy one. It has been long, littered with pit falls, unhappy times and no confidence at all in my body. As a rather large child and then teenager I battled with a body I hated. It was fat, did not look at all like I wanted or like my friends, my hair was frizzy, I had spots from the age of 10, sticky out teeth and later a brace, I felt clumsy & all together not me! As I reached my late teens and early twenties I went through phases of starving myse
Lire la suite

Charlotte Saint Jean
I am first and formost a Mum and a working one at that using yoga in her home and personal life to maintain an even balance. Yoga has brought a massive amount of peace and tranquility to my own life and allowed me to feel happy in my own body and mind but also has led me to know that I am on the right path no matter what difficulties may arise and that I can cope with them thanks to my practise... Je suis tout d'abord une maman qui pratique du yoga pour l'aider à "affronter" le monde et à mieux gérer ma vie personnelle, familiale et professionnelle. Le Yoga m'a apporter énormément de confort et de paix à travers des années et j'espère qu'il va faire la même chose pour vous!